Grant Morrison is often heralded as one of the greatest superhero comic book writers ever, and with good reason. However, before he was known as a mastermind architect for characters like Batman and in massive crossover events like Final Crisis and 52, Morrison started on smaller titles. The Scottish artist was a part of the comic books’ “British Invasion” of the late 1980s and came to work for DC Comics, along with writers like Alan Moore and Neil Gaiman.

RELATED: The 10 Most Important DC Comics Of The 1990s, Ranked

After getting some attention for his work on Marvel UK and 2000 AD, Morrison was asked to pen a revitalization of a long-forgotten superhero with the ability to absorb different animal powers, Animal Man. This new take on the character became Morrison’s playground for fourth-wall-breaking, reality-bending ideas to mess with the mind of his readers and characters. Still, it also dealt with very dark subjects such as amino testing and domestic violence.

One of the most disturbing visuals from Grant Morrison’s Animal Man run comes right at the end of its first issue. The first arc of the story deals with another all-but-forgotten DC character (a running theme throughout the series), B’wana Beast, who’s attempting to rescue his best friend and companion: an orangutan being used for animal testing. B’wana Beast has the ability to telepathically communicate with animals, as well as create human-animal hybrids by morphing an animal, alive or dead, with a living human body. At the end of issue #1, Animal Man is called into STAR Labs to deal with an animal-related issue. B’wana Beast has broken in, and in his rage, lost control of his powers, morphing all the testing apes together into one disgusting blob.

9 Animal Man’s Arm Is Ripped Off

In the climax of issue 2 of Animal Man, Buddy Baker (or Animal Man) goes toe-to-toe with a human/rat hybrid created by B’wana Beast. Buddy’s abilities to draw on animals’ powers give him heightened strength and awareness for the fight, but the rat beast is still able to get the upper hand and rips off Animal Man’s right arm.

Although he’s able to regrow the arm in the following issue thanks to reptile regenerative abilities, the way his realization of his missing limb is described is horrifying. He attempts to swing a punch, only to realize there is nothing to swing.

During the second issue, Buddy Baker’s wife and small daughter are exploring the woods next to their house together, where they stumble upon a mother cat nursing her newborn kittens under a tree. After a moment, they cross paths with some brutish hunters with large hunting dogs. One of the hunters makes some advances, implying that he intends to sexually assault Mrs. Baker before noticing the mother cat nearby. In front of Mrs. Baker and his daughter, he proceeds to feed the cat to his hunting dogs. Luckily, the daughter runs to get help from a nearby neighbor who is forced to shoot and kill the attacker.

The main story in issues three and four are the culminations of the B’wana Beast storyline that populates the first few issues of the comic. Readers are finally confronted with the perspective of B’wana Beast’s sickly ape companion, who has been used as the subject of many different animal testing experiments at the STAR Labs outpost.

In this heartbreaking story, B’wana Beast frees his friend and takes him back to Africa with the hopes of revitalizing him. However, he’s unable to heal his companion, who’s already been riddled with too many illnesses.

Regarded by most readers as the greatest standalone issue of Animal Man, issue #5 tells the story of “The Coyote Gospel.” This is a story about a human-sized coyote who is continuously killed in violent ways, only to be rejuvenated by some undefined healing factor. It’s eventually revealed that he comes from a cartoon universe similar to looney tunes. This coyote got sick of the constant senseless violence of his world and traveled to heaven. Here, he puts God who made a deal with him. If he sacrificed himself to live a life of eternal pain in the “real world,” God would do his best to end the violence in the cartoon world.

5 The Death Of The Red Mask

Grant Morrison has a deep love for DC Comics’ rich history of continuity and endless waves of forgotten characters that still technically exist within the universe, even if no creator has touched them for years. One big example of this comes in issue #7 “The Death of The Red Mask.”

RELATED: 10 Most Important Justice Leaguers Who Aren’t In The Trinity

Red Mask is an aging, retired, depressed supervillain with the power to kill anyone he touches, and he’s feeling suicidal. Animal Man attempts to talk him out of jumping off a rooftop, but he’s ultimately unsuccessful after Red Mask remembers how he’ll never be able to touch someone without killing them, and thus, will never know love.

After settling into its run, the character of Animal Man gradually morphed into something of an eco-terrorist, disrupting instances of animal abuse across the globe. In issue #15, his travels take him to the Faroe Islands where a truly grisly festival takes place. Teaming up with another forgotten hero, Dolphin, Animal Man and some environmentalists attempt to disrupt this festival, which involves the locals disrupting the swimming patterns of dolphins, trapping them in an isolated section of the beach, and brutally murdering as many as they can. While the heroes might slow down the slaughter a gradual amount, it ends with massive bloodshed anyway.

The most disturbing cover from Animal Man has to be issue #17. When Animal Man and his environmentalist companions break into an animal testing facility, they find a cage of monkeys being used for sight deprivation experiments. The monkeys spend their entire lives with their eyes stitched closed and are killed. Animal Man and friends free the monkeys and burn down the facility, but the damage has already been done. The image of Animal Man thrusting an abused monkey in the face of the reader, on the book’s cover no less, is certainly a controversial but effective way of drawing in readers.

One of the strongest elements of Animal Man is the strong, realistic relationship that Buddy Baker has with his wife and two young children. As he continues to disrupt animal testing experiments from large corporations, he garners the attention of an elite group of shareholders with extreme interest in continuing these experiments.

RELATED: 15 DC Comics That Can Be Considered The Greatest Of All Time

In issue #19, this eventually leads to the hiring of an assassin to break into the Baker home and murder Animal Man’s wife and children. The following issues are absolutely devastating, consisting of Buddy Baker lying on the bathroom floor, crying, and attempting to overdose on pills.

In Grant Morrison’s final issue of Animal Man, he decided to try something revolutionary by having the tidal character meet his own author. By positing himself as a god-like figure, Morrison comes face to face with Animal Man in the pages of the book. Animal Man’s mind struggles to keep up with the information he’s being fed as Morrison informs Animal Man that he’s had no free will throughout the story, and even its darkest moments, were all just manipulations by Morrison to create drama and tension. Animal Man can’t believe that his family’s death was meaningless, but Morrison assures him that he won’t remember this once the new creative team joins the book in the next issue.

NEXT: 10 Comic Book Endings That Just Gave Up


Next
The 10 Worst Things About Superman 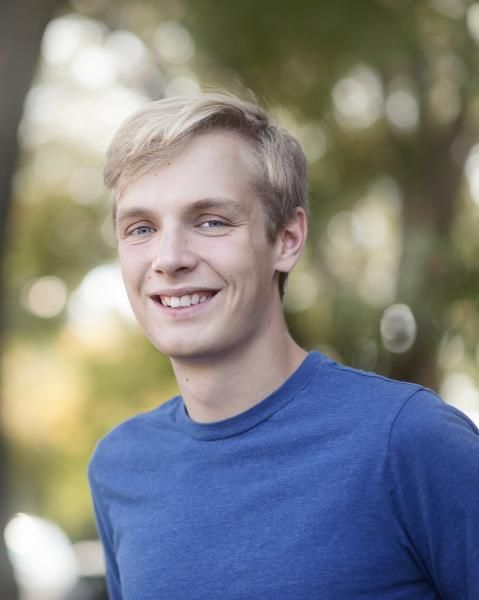 Jackson Hill is a writer and comedian living in Los Angeles. He has been an avid comic book reader for as long as he could read. He studied English at Ohio State University.